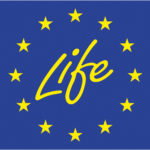 Since its inception in 1992 to date, four complete cycles of the LIFE programme have been completed (LIFE I: 1992-1995, LIFE II: 1996-1999, LIFE III: 2000-2006 and LIFE +: 2007-2013) and the fifth cycle is currently in progress (2014-2020). During these 25 years, around four thousand projects have been co-financed throughout the European Union, with a contribution of around 3.1 billion euros to environmental protection. The European Commission with its DG Environment and DG Climate Action has directly managed the entire LIFE programme. During the last cycle, the implementation of many components of the programme was delegated to the Executive Agency for Small and Medium-sized Enterprises (EASME) which relies on the support of external teams for selection, monitoring and communication.

Life agriCOlture is funded under the priority area Climate Change Mitigation. For this sector, the call for proposals finances best practice projects, pilot projects and demonstration projects that contribute to achieve the EU 2030 climate and energy framework: i.e. at least 40% cuts in greenhouse gas emissions (from 1990 levels), at least 32% share for renewable energy, at least 32.5% improvement in energy efficiency.